Update: It seems the following method doesn’t work anymore to remove facebook timeline but i found a firefox addons named TimelineRemove that works perfectly.Just install it on your firefox and hard refresh your facebook profile using Ctrl+f5 and there you go.Now,your facebook profile is without timeline as the old one. 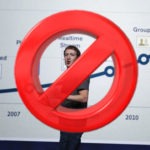 Facebook had launched their New Timeline Profile in last week of September in their conference f8.It’s not publicly launched only app developer can get it.If you want get it then you have to make an app.Full tutorial can be read here How to get facebook timeline.Some people like it as it gives the whole story of your life from you joined facebook to today on a single page and many others. But some guys don’t like this as the old facebook profile was easy to browse and facebooking.So,this post is for them who had update their Profile to new  facebook Timeline and now want revert back to old facebook profile.
Follow the following Steps to get Old facebook GUI:
1.Go to Facebook Developer Page.
2.Now select the App that you create while enabling Facebook timeline.
3.Click on “Edit App” at top right.
4.Select “Delete App” from left menu (The last link) and confirm delete.

Don’t Want to miss any update?

How-To Guides How to upload photos on Instagram from PC/Mac?

Amazon How To Receive Amazon.com Affiliates Earnings Via Payoneer

How-To Guides How to: Transfer iPhone WhatsApp Data to Android In 2019 [Solved]